The Shah Deniz (translated as 'The King of the Sea') field was discovered in 1999 in a location approximately 70km south-east of Baku, at water depths of 50m to 550m. The field is estimated to hold 40 trillion cubic feet (one trillion cubic meters) of gas with its reservoirs situated approximately 6,000m below sea level.

Stage One development of the Shah Deniz gas field started production in 2006, with a capacity of 9bcma of gas and roughly 55,000 daily barrels of condensate. The capital expenditure on Shah Deniz 1 to date is estimated to be $6bn. As of 2013, the field has produced 47.3 billion standard cubic meters (1,671 billion standard cubic feet) of gas and 99.5 million barrels of condensate.

The Shah Deniz field is located in the Azerbaijan sector of the Caspian Sea, approximately 100km south of Baku and 90 km east-south east of Sangachal in water depths ranging from 50m to 500m.

The Shah Deniz Stage 2 a high pressure gas and condensate reserve is approximately 21 km long and 10 km wide. The SD2 development consists of a series of subsea manifolds and associated well clusters tied back to the fixed Shah Deniz Bravo (SDB) platform complex by flow lines. The manifolds are located on the north, west and east flanks of the field development area.

The Shah Deniz Bravo (SDB) Platform Complex will include a Production and Risers platform (SDB-PR), where the well production fluids will be received, processed and exported to the onshore terminal via separate gas and liquid pipelines, and a Quarters and Utilities platform (SDB-QU) bridge linked to SDB-PR.

The WORK comprises the fabrication of the PERMANENT WORKS, for the SDB-PR and SDB-QU Topsides Facilities and their Interconnecting Bridge including the integration of the SDB-QU Living Quarters.

The scope of the WORK includes the onshore fabrication, assembly, erection, testing, hook-up, mechanical completion, weighing, jacking, onshore completion and load out of the PERMANENT WORKS onto a COMPANY provided transportation barge. The PERMANENT WORKS will be transported offshore and installed by COMPANY'S Transport and Installation Contractor.

The ATA'S scope of WORK also includes the supply of labor, supervision, onshore support, temporary equipment, tools and consumables as necessary to support the COMPANY led offshore Hook-Up and Commissioning (HUC) of the PERMANENT WORKS including platforms start up assistance.

The project is undertaken in consortium with Azfen and AMEC.

Gas export to shore via marine pipelines (2 no.).

Living Quarters with helideck (integration only). 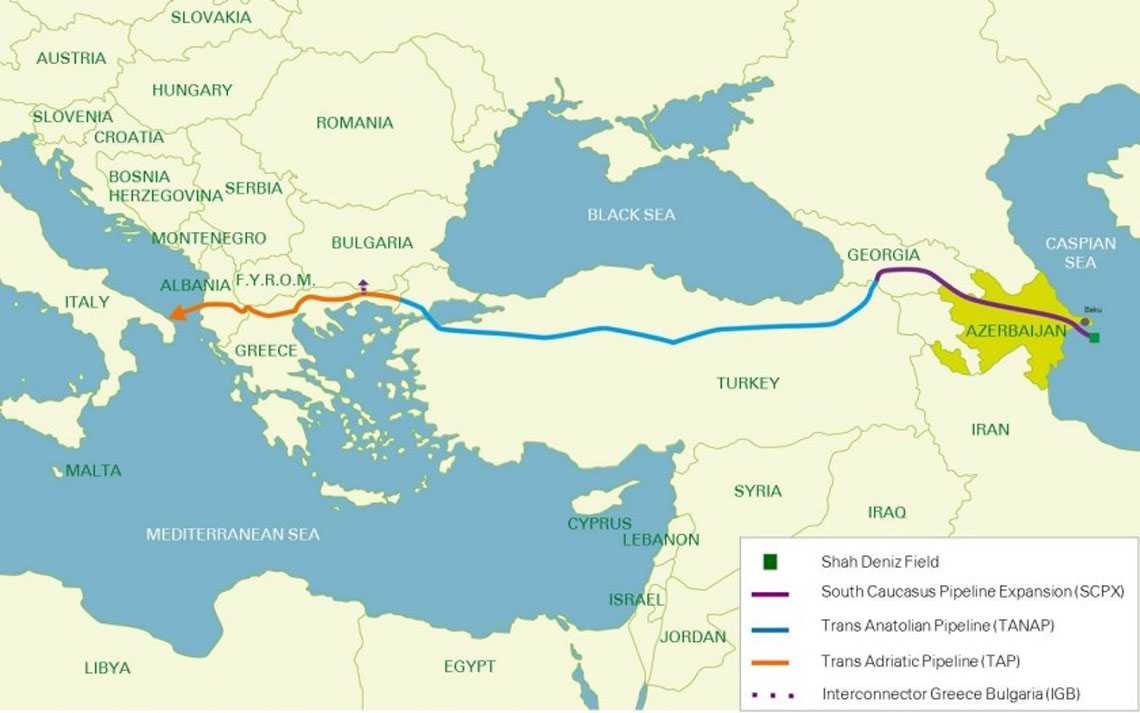