Construction of the terminal began in 1996 with the Early Oil Project, which foresaw construction of pipelines to Supsa and Novorossiysk. Oil was first exported in October 1997. The terminal has since been expanded to include the ACG Phase 1, Phase 2, Phase 3 Oil Trains, BTC's main pumping station and the Shah Deniz gas plant. Facilities at the oil production plant include separators, coalesces, three new crude oil storage tanks, Export Pumps, gas turbine power generators and a central control room.

The terminal expansion contract was awarded to Tekfen-Azfen joint venture[4] which employed nearly 4,000 employees for the project, 75% of which were Azerbaijani citizens. Due to finalization of the main part of the project, this number was reduced to 1,720 employees.

Sangachal Terminal has a processing capacity of 1.2 million barrels per day (190×103 m3/d) and 1.25 billion cubic feet (35×106 m3) of gas per day (bcfd). The three new crude oil storage tanks added during the STEP have a capacity of 880 thousand barrels (140×103 m3) each. The overall storage capacity at the terminal is 3 million barrels (480×103 m3). As of November 2009, the terminal exports 941.4 thousand barrels per day (149.67×103 m3/d). The terminal is operated by a BP led consortium and is one of the largest oil and gas facilities in the world. Other partners are from AIOC, Baku-Tbilisi-Ceyhan pipeline, Shah Deniz and South Caucasus Pipeline projects. The terminal receives oil from the Azeri-Chirag-Guneshli field and natural gas from the Shah Deniz gas field. The oil is exported via the Baku-Tbilisi-Ceyhan pipeline to Turkey's Mediterranean coast and via the Baku-Supsa Pipeline and the Baku-Novorossiysk Pipeline to the Black Sea coast.  Sangachal Terminal was mentioned in documents published by Wikileaks as one of US “critical foreign dependencies”. 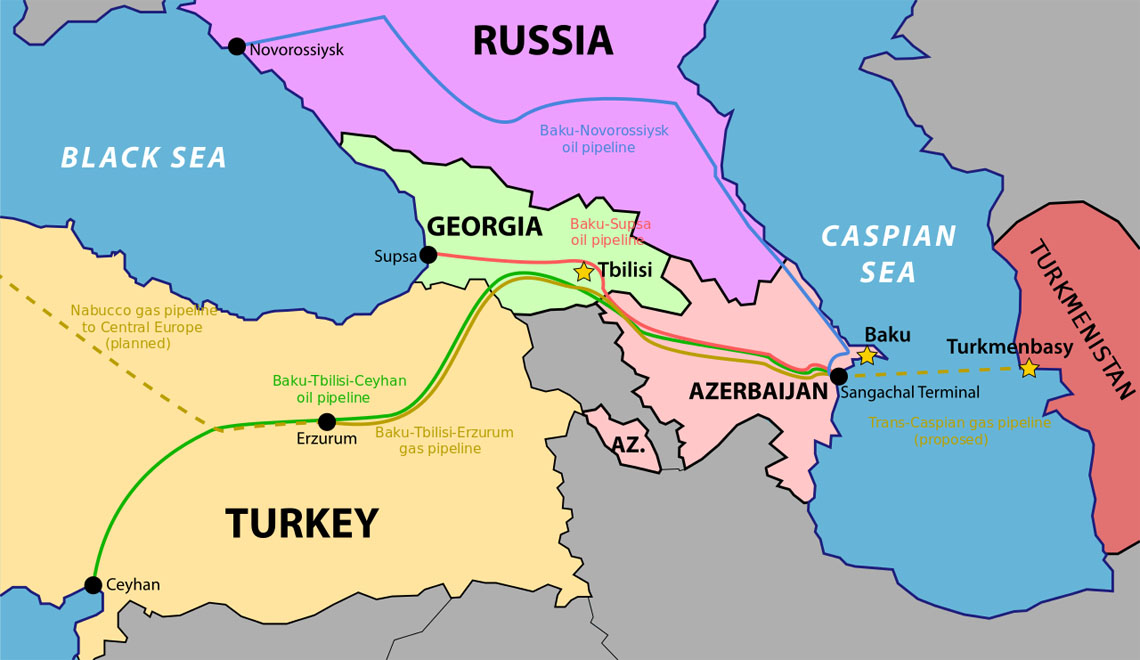